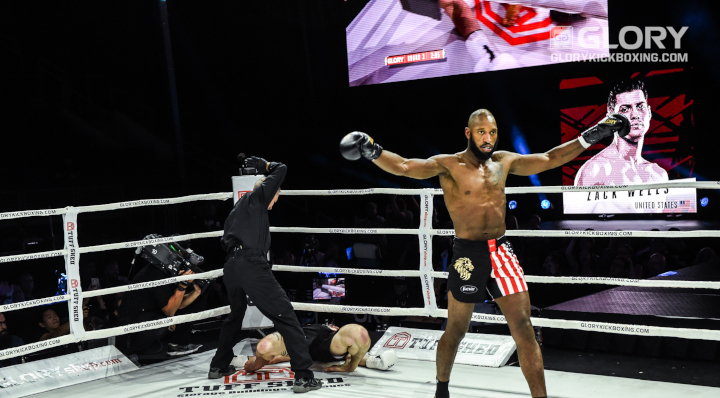 Waller connected with a right hand right off the bat that backed up Wells. The Colorado-based fighter returned fire with a push kick that slowed the aggression of Waller.

A right head kick from Wells found the neck of Waller midway through the round, but Waller was unfazed. A heavy body kick followed suit, but Waller again took it well. A late flurry from Waller backed Wells against the ropes as the round concluded.

The action in round two picked up right where it left off, as Waller peppered Wells with punches. Wells responded with forward pressure, chasing Waller around the ring.

The output of Waller waned as the round progressed, but he managed to counter effectively. He cracked Wells with a series of right hands late in the round that drew the applause of the Denver crowd.

Chicago’s Waller smelled blood in the water early in the final round, aggressively attacking Wells with punches and backing him into the corner. Waller unloaded with heavy punches, sending Wells to the canvas unconscious with a final right hand.

Wells stayed down for some time, but eventually regained his bearings to walk out of the ring.