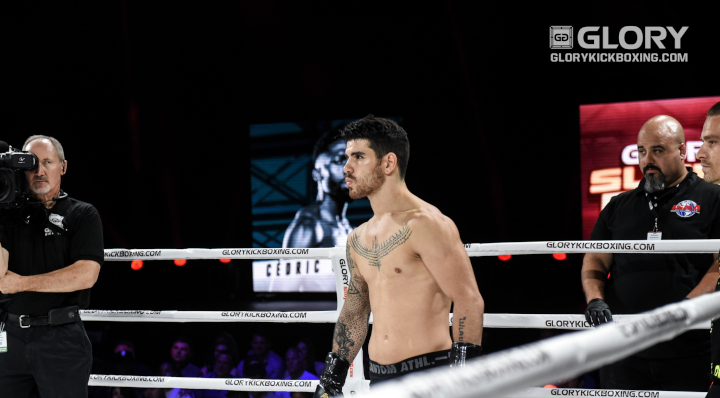 Two changes have been confirmed for this Friday’s GLORY 58 CHICAGO event at the Sears Center in Hoffman Estates, Chicago.
The Main Card bout between Argentinian Welterweight Alan Scheinson and Malik Watson-Smith has been canceled due to visa issues on Scheinson’s part.
On the prelims, the fight between Abraham Vidales and Billy Rose has been cancelled due to Vidales having to return to Mexico as a result of “an urgent family situation.”
The GLORY 58 CHICAGO Preliminary Card now consists of four fights, as does the Main Card later in the evening.
GLORY 58 CHICAGO is Headlined by Middleweight champion Alex ‘Po Atan’ Pereira, defending his belt against former champion Simon Marcus, who he took the belt from at GLORY 46 GUANGZHOU in October last year.