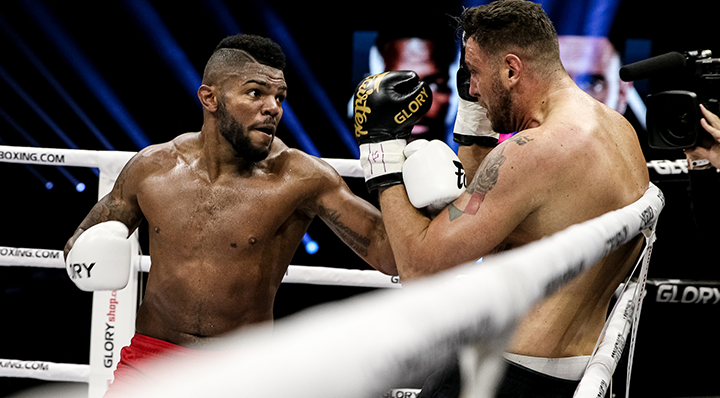 After a trade of jabs, Duut unleashed a right hand. It was countered with a low kick from Tavares. Duut landed a kick of his own and Tavares returned fire with a right hand of his own. A clean left straight from Tavares landed from the southpaw stance.

Tavares targeted the body of Duut with kicks and punches. A spinning back kick from Tavares found the mark. Duut landed a right hand, but was quickly countered by one from Tavares to close the frame.

The volume of Tavares continued in round two as Duut tried to drag him into a firefight. Tavares followed a series of low kick with a right straight. Duut landed a right hand he soon followed it with a massive left hook. The strike popped the head of Tavares and he stumbled to the ropes. Duut tried to flurry, but Tavares quickly recovered. Tavares finished the round with a left hand of his own.

More kicks from Tavares greeted Duut in the final round. He followed them with power punches and backed Duut to the ropes. A left hook to the body from Tavares saw Duut wince. Duut found his low kicks late in the round, but he could not stop Tavares from coming forward and landing.

It was a clean sweep on the scorecards as Tavares moved a step closer to title contention.

“I did my thing as I do always,” said a confident Tavares. “Alex [Pereira] slayed a gorilla a few weeks ago and I’m about to slay him. Let him come.”