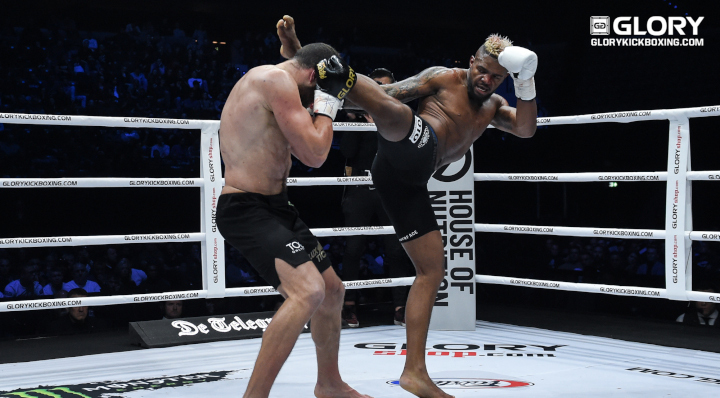 Fighting in front of his hometown crowd, Tavares came out switching stances trying to confuse the promotional newcomer.

Gorlov did well with his kicks, keeping Tavares at range. Tavares showcased good head movement to avoid taking damage from the Latvian.

The crowd was restless, chanting to encourage Tavares. Gorlov fired three straight kicks, but ate a left hand. He responded with a heavy punch, wobbling Tavares late in the frame. Tavares did not go down, but the bell came at a good time for the Dutch fighter.

Tavares threw with volume early in round two. He worked from the southpaw stance and changed levels with his punching combinations.

Gorlov used a strong guard to deflect any damage from Tavares. A right hand from Tavares found a home late in round two. He just avoided a head kick from Gorlov as the round expired.

Gorlov’s face was swollen and red to open the final frame, but he came out firing. The forward pressure from Gorlov largely neutralized the output from Tavares. A right hand from Tavares caused blood to pour from the nose of Gorlov.

Tavares was content to circle on the outside and look for single shots. The pair raised their hands at the final bell, hoping to convince the judges they had won.

When the scorecards were revealed, the five judges were split, giving Tavares the narrow victory.