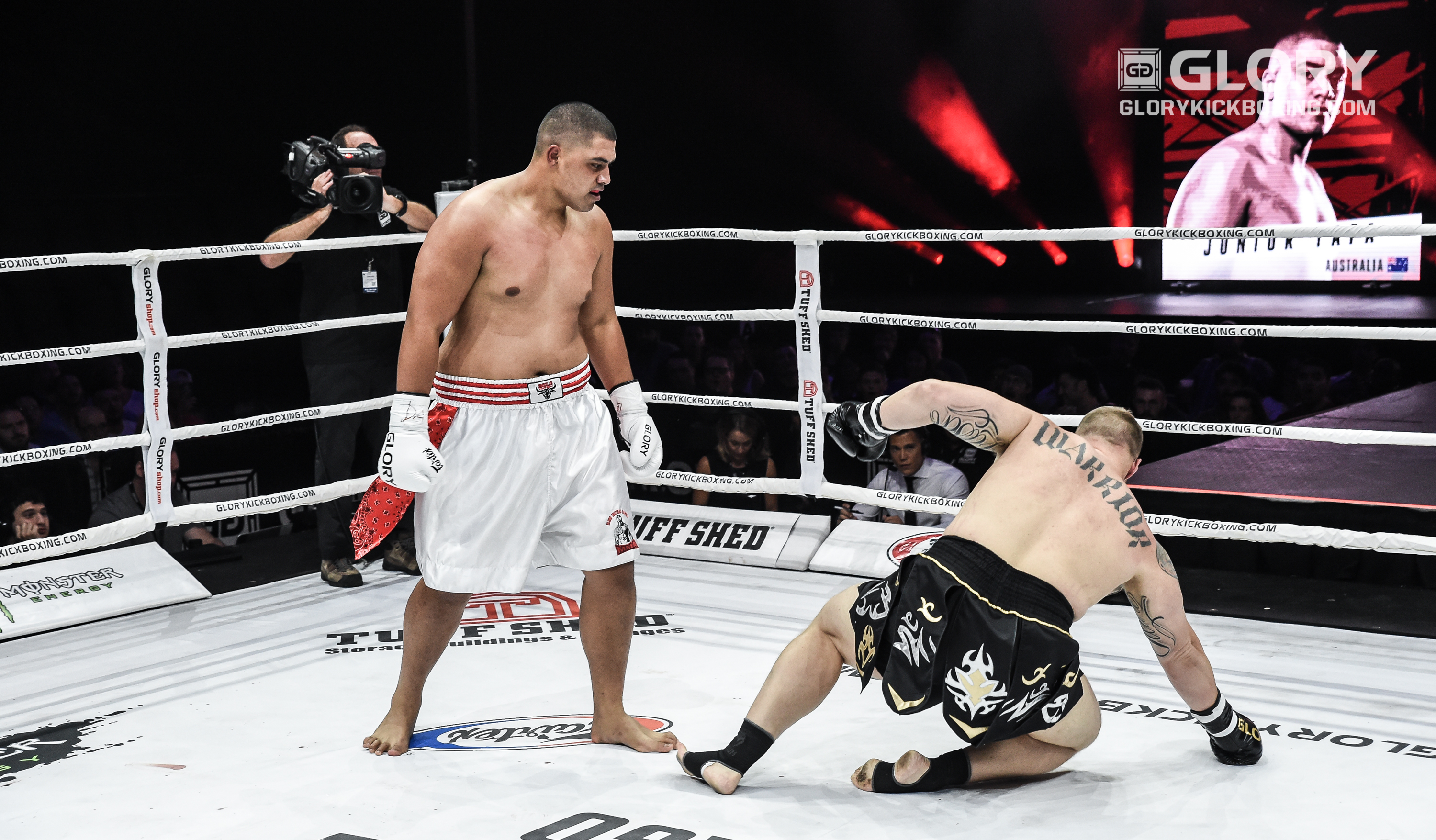 Tafa demolishes Wilson in first round

The Mark Hunt protégé Tafa came out swinging. He cracked Wilson with a right hand as soon as he got into range. Wilson looked for his low kicks, but a knee from Tafa stood him straight up. A big combination from Tafa backed Wilson against the ropes, but he somehow managed to stay on his feet.

The pair traded then shots in the center of the ring, with a heavy overhand right from Tafa putting Wilson down. The referee counted and asked Wilson if he wanted to continue. Receiving an answer in the negative, the referee waved the bout off and handed Tafa the TKO victory.

Tafa moves his GLORY record to 3-2, earning his third knockout on the sport’s biggest stage. “I feel as if everyone here thinks light of me, but they see my work: this is heavy sh*t!” Tafa said in victory. “I am top-five. Give me someone [like] Guto [Inocente] we have unfinished business.”