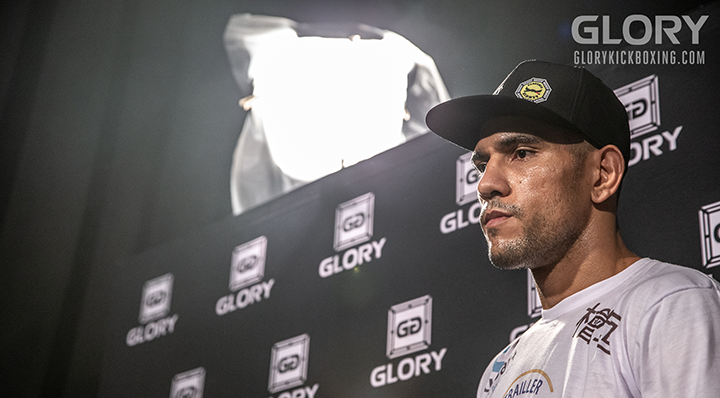 Pereira: “COLLISION 2 title defense against Bayrak will be crowning moment of my career"

World Middleweight champion Alex ‘Poatan’ Pereira (31-6, 20 KO’s) will defend his title on Saturday, December 21 as part of the GLORY: COLLISION 2 mega-event taking place at the Gelredome soccer stadium in Arnhem, Netherlands on Saturday, December 21.
The Brazilian - whose nickname means ‘Stone Hand’ in the native Tupi language - will face Ertugul Bayrak (18-6, 5 KO’s) in a five-round fight. Bayrak, fighting out of Amsterdam but under the Turkish flag of his ancestral roots, is currently #1 in the Middleweight contender rankings.
Pereira, who also holds the GLORY interim light-Heavyweight championship, rides a seven-fight win streak into the fight, four of which have been Middleweight title defenses. His fight with Bayrak will take place on the ‘GLORY 74 ARNHEM’ section of the COLLISION 2 card.
“To be part of such a historic event for the sport is an honor for me and it will be the crowning moment of a year in which my career went to the next level,” said Pereira.
“The secret to my success is being able to stick to solid technical gameplans which are specifically created for each opponent. Against Bayrak will be no different - I’ll show that not only am I the Middleweight champion but also that I am the best pound for pound striker in the world right now.”
Now 2-0 in GLORY, Bayrak’s record includes a win over the fast-rising Donovan Wisse, who recently defeated former Middleweight champion Jason Wilnis and two-time title challenger Yousri Belgaroui.
“People are talking about Pereira like he’s some monster but he’s not, he’s just a man. It will be Mano y Mano in the ring on fight night, one man against another. And honestly, I am not that impressed by him. He’s got some good wins but I’ve watched a lot of his fights and I don’t find his technical level to be as high as he thinks it is,” said Bayrak.
GLORY: COLLISION 2 takes place Saturday, December 21 at the Gelredome in Arnhem, Netherlands. Headlined by the long-awaited rematch between Rico Verhoeven and Badr Hari, GLORY: COLLISION 2 will draw nearly 30,000 fans to witness the biggest fight in kickboxing history.
GLORY: COLLISION 2 is presented in association with Ubisoft’s Rainbow Six Siege, one of the world’s most popular multiplayer titles, the cutting-edge wellness technology of PowerDot and leading Netherlands casino chain Jack’s Casino.