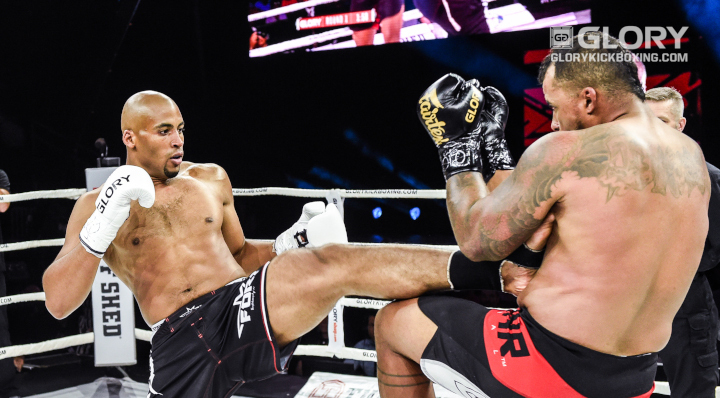 Marshall delivers Dvorak a first-round stoppage for his GLORY debut

After trading jabs, Dvorak closed the distance and landed a short right hand. Marshall responded with a knee to the midsection of the larger fighter.

Dvorak fired off a knee of his own to pin Marshall against the ropes, but only briefly. Marshall flurried, landing an uppercut that prompted Dvorak to fall to his knees.

It was ruled a slip by the referee, but the sequence would soon repeat itself when Marshall scored with another right hand. This time, however, the referee began a count and quickly waved off the contest as Dvorak could not continue.

“He came in hard, came to fight. I had to be careful, but I caught him,” said Marshall of his stoppage win.

Asked about a potential match-up with Jamal Ben Saddik, Marshall stated he’s ready for anything GLORY has to offer.