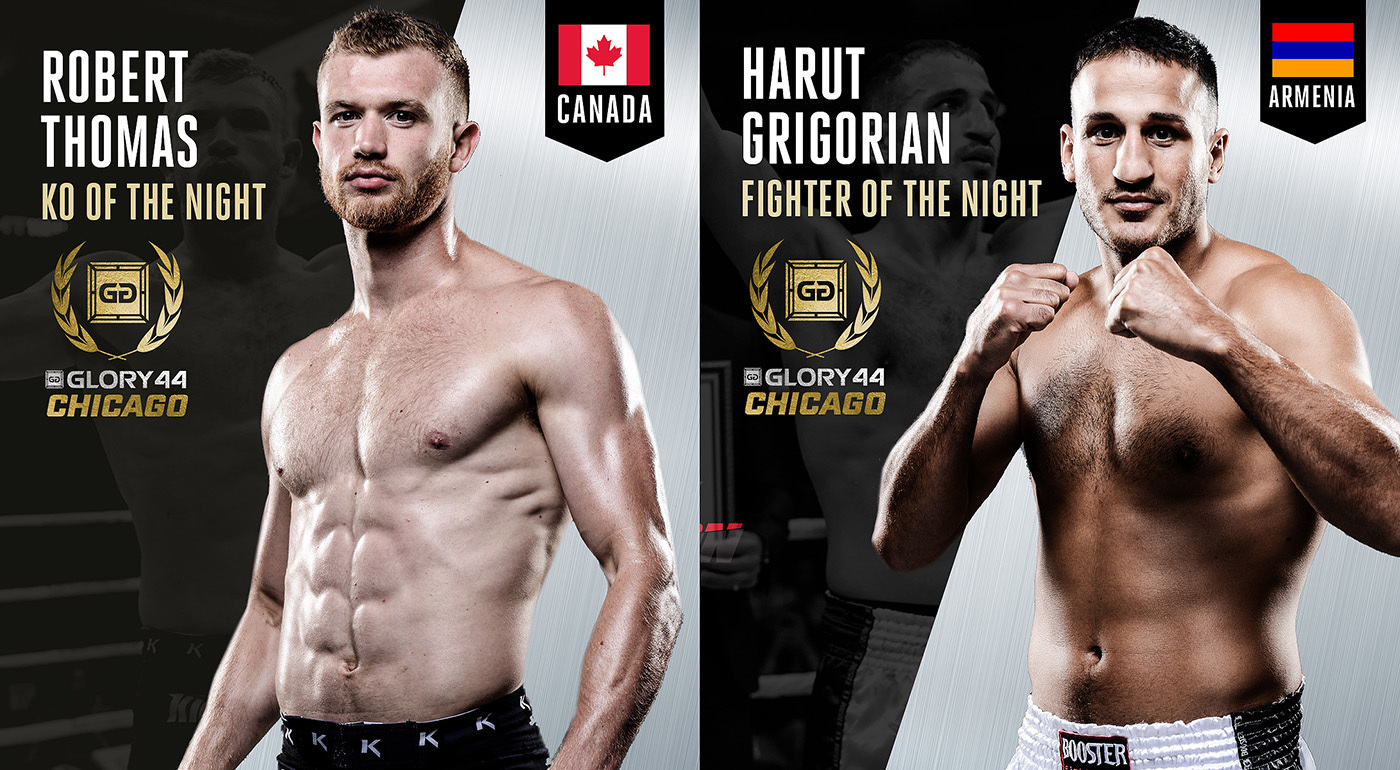 Harut Grigorian and Rob Thomas were the fight-night award winners at GLORY 44 CHICAGO on Friday night, taking home an extra $5,000 for their standout efforts on the night.
‘Knockout of the Night’ went to Thomas for his third-round finish of Warren Thompson by way of a stunning right uppercut/overhand right combination.
Prior to that, the two had had an entertaining back-and-forth fight which lived up to the pre-fight hype and trash talk.
Thompson was actually ahead on all judges’ scorecards going into the third round. Thomas’ corner told him he needed to score a 10-8 via a knockdown but he went one better, stopping Thompson near the end of the round.
Grigorian stormed the Welterweight Contender Tournament, first by way of a three-round war with Karim Benmansour and then with a dominating display against Antoine Pinto in the final.
In the semi-final stage he turned the heat up on Benmansour immediately and assaulted him non-stop for all three rounds, with Benmansour countering gamely but finding himself overwhelmed.
Against Pinto in the final, Grigorian shut his space down and denied him the room to use his kicking game while at the same time hammering him with relentless hand combinations.
The judges were unanimous in awarding him the decision win in both fights, winning him the tournament and a chance of a Welterweight title shot in the near future.
GLORY 44 CHICAGO took place at the Sears Centre in Hoffman Estates, Chicago, Illinois and was Headlined by Murthel Groenhart winning the Welterweight title from Cedric Doumbé.