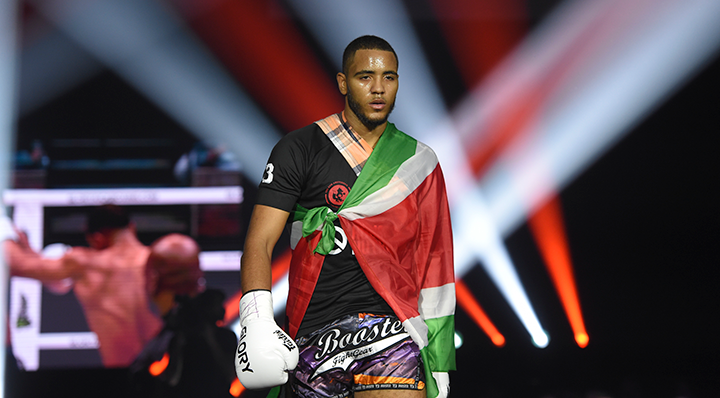 Wisse came into GLORY with an undefeated 10-0 record and has since extended that to 14-1, winning four of his five fights in the world’s leading kickboxing organization.

Among his victories are a stoppage win over Czech prospect Matej Penaz - himself 3-1 in GLORY with all 3 wins by KO - and wins over two-time title challenger Yousri Belgaroui and former Middleweight champion Jason Wilnis.

Trained by Ivan Hippolyte, who counts Mirko ‘CroCop’ Filipovic and Remy Bonjasky among his former students - the 22-year-old Wisse now finds himself ranked #2 in the world and within touching distance of a shot at the world Middleweight championship.

That championship is currently in the possession of Alex ‘Po Atan’ Pereira of Sao Paulo, Brazil. Wisse’s next opponent comes from the same city: Cesar Almeida will make his debut for GLORY at the upcoming GLORY: COLLISION 2 event, where he will face off with Wisse.

Almeida has a trilogy of fights with Pereira on his record and is 1-2 against the current GLORY champion. He says he is coming to even the scores with his countryman and take the belt in the process, but Wisse intends to stop Almeida in his tracks and send him to the back of the line.