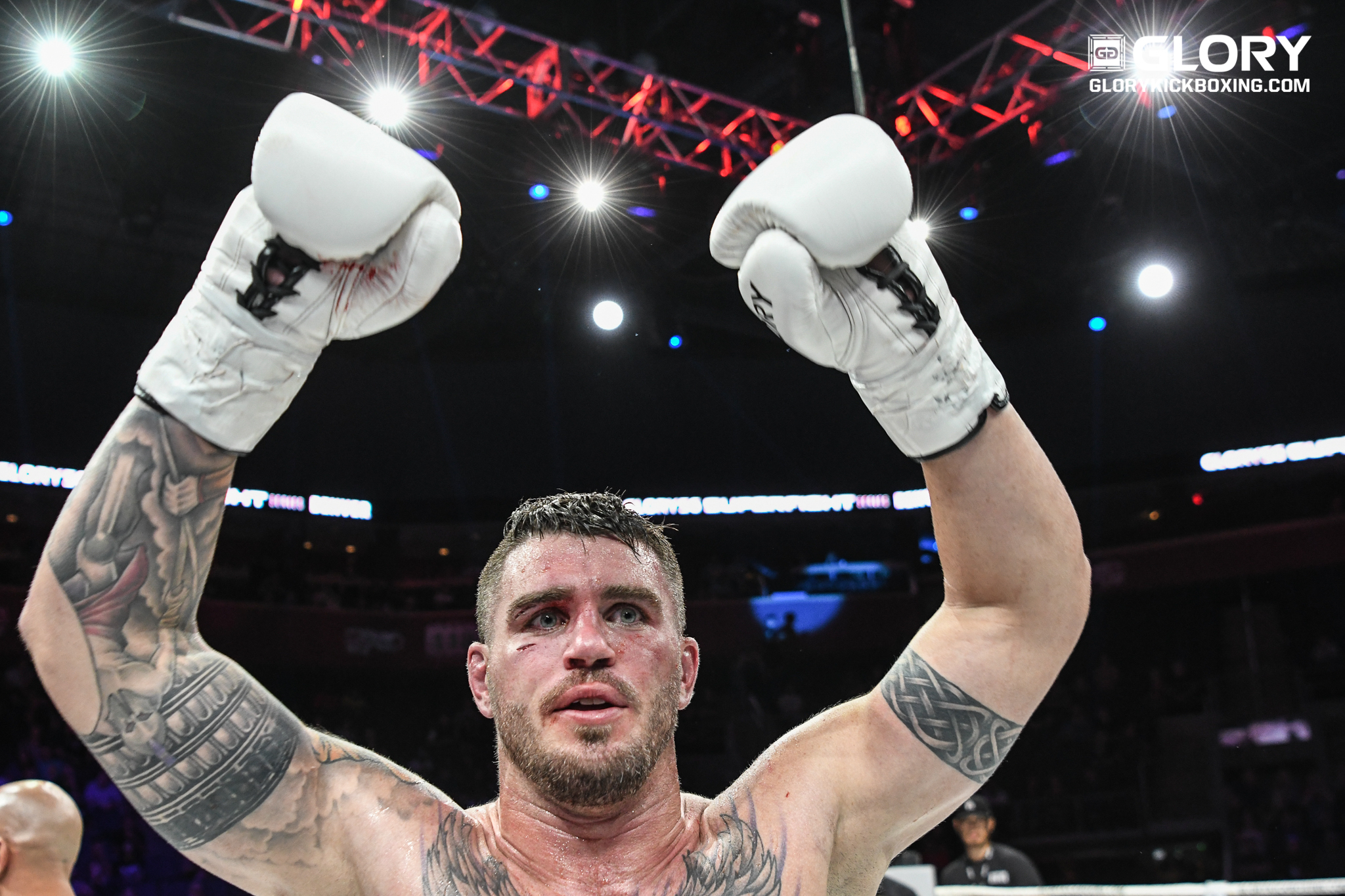 Camozzi: “I intend to break ‘clown’ Myron Dennis in New York next week”

In many ways, Chris Camozzi and his GLORY 61 NEW YORK opponent Myron ‘Light Skin Dynamite’ Dennis could not be more opposite.
Dennis is a loud, colorful character who likes to trash talk and play to the crowd. Camozzi is more taciturn, a stoic type who does his talking in the ring.
But he does have a few things to say in response to Dennis’ claim earlier this week that he asked GLORY for Camozzi “because I like easy fights”.
Camozzi sighs.
“He’s a clown. Everyone wants to be Conor McGregor and Chael Sonnen now,” he says.
“But he’s not the brightest I guess, because what he doesn’t realize is that if you go round talking your opponent down and then get your ass beat, that just makes you look even worse. And he is going to get his ass beat.
“I don’t think any of my past opponents would say that I’m an easy fight. None of them. Even my losses, I’ve given guys tough fights.
“And OK, me and Myron are both quite new at kickboxing but we both come from MMA and he didn’t make it in MMA, I fought [in the UFC], the highest level. So, we’ll see.
“He says I’ve got no power… well, other people have said that before. But that’s not how I beat guys, I’m not a one-hitter-quitter, I’m a grinder. I like making guys break in there. That’s how I see this one going.
“I don’t see any circumstances under which I lose to Myron Dennis. For some reason he is ranked above me, but he’s coming off his only win in GLORY and that was over Steve Paprocki, who came in on really late notice in Denver.
“Also I know Steve and, no offense to him, but he’s not winning a ton of fights right now. I was surprised he lasted as long as he did against Myron to be honest, and I told Myron that.”
Camozzi also fought on the recent Denver card. He faced John King and survived a first-round scare to eventually come back, take control of the fight and stop the Texan late in the second round.
Dennis had some things to say about that win as well, saying Camozzi got lucky not to have been on the wrong side of TKO himself.
“The John King fight, he came out and he caught me good very early on. I had to fight through that and come back from that,” Camozzi admits.
“That was good experience for me and the fact that I was able to do that, fight through that and come back to stop him, showed a lot about me I think.”
As for next week’s fight, Camozzi doesn’t see it as an opportunity to show anything about himself so much as a chance to get more time in the GLORY ring.
“What does a win do for me? I don’t know, to honest. He’s above me in the rankings for some reason - I have no idea why - so first of all I guess it moves me up,” says the 22-UFC-fight veteran.
“But for me, I am still new here, I am still looking to get ring time and ring experience here in GLORY, and that’s what I’m looking at Myron as in New York next week.”
GLORY 61 NEW YORK takes place at the Hammerstein Ballroom in downtown New York on Friday, November 2 and airs live on ESPN 3 from 9:30 p.m. ET / 6:30 p.m. PT.
The event then re-airs on ESPN on Sunday, November 4 at 1 p.m. ET / 10 a.m. PT.