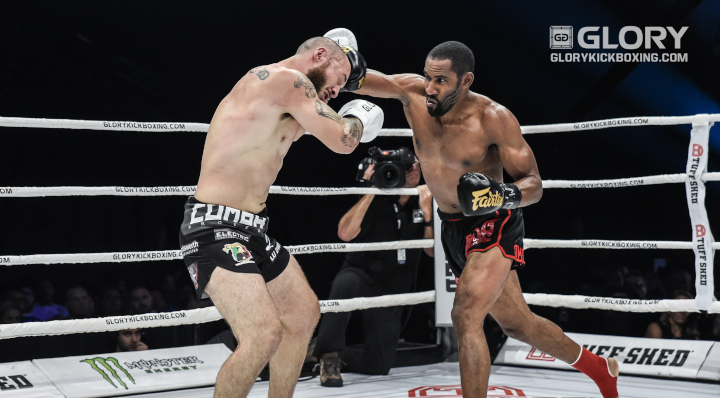 Boyd outworks Abraham to remain unbeaten in the GLORY ring

Chicago’s own Abraham looked to use his hometown crowd to push him to his seventh career win in the GLORY ring while Boyd aimed to keep his perfect record under the GLORY banner intact.

Boyd tried to use his reach advantage to score at range, but Abraham used his low kicks to close the distance. A right hand from Boyd found the mark, prompting Abraham to clinch and slow the action.

Boyd scored with kicks and followed it with a crisp left hook; Abraham tried to brawl in close quarters as the first round expired.

Abraham marched forward in round two, getting inside on Boyd. As the Illinois native continued to brawl, Boyd was a willing dance partner. The pair traded looping punches and low kicks in the center of the ring.

As they threw kicks from opposite stances, a low blow briefly paused the action. Once Boyd recovered, Abraham went after Boyd with punches to the head. Abraham closed the round with a big body kick.

Boyd cracked Abraham with a left head kick early in round three. Abraham partially blocked the strike and stayed upright. Abraham answered with a hard right hand of his own. Boyd looked for a flying knee, but Abraham was wise to it and stayed out of range.

Body kicks were traded late in the frame, before Boyd got inside and threw short punches from the clinch. The crowd roared in the fight’s waning seconds, trying to will their hometown fighter to victory.

When the scorecards were revealed, the judges at ringside were split. One judge scored it for Abraham, but the four remaining judges rewarded Boyd with another victory.

“I knew I had it from round two. I love fighting people in their hometown,” said Boyd, before appealing for some more exotic opposition: “GLORY, stop giving me American fighters!”