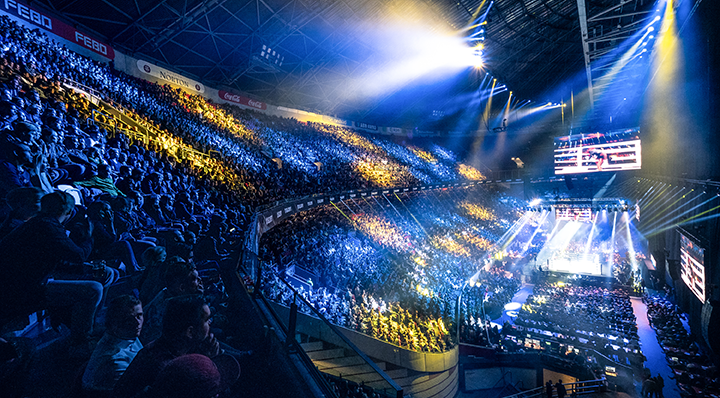 31,000 Fans Will Pack the GelreDome Soccer Stadium This Weekend for Collision 2

The biggest Heavyweight title showdown in kickboxing history has officially sold out.

There will be 31,000 fans packed into the GelreDome in Arnhem, Netherlands for GLORY: COLLISION 2 tomorrow, Saturday, December 21 to witness GLORY Heavyweight champion Rico Verhoeven rematch the legendary Badr Hari.

GLORY: COLLISION 2 has smashed gate and attendance records for the sport: it is officially the biggest title fight in kickboxing history and the biggest-ever kickboxing event in European history.

Marshall Zelaznik, GLORY CEO, said: “The entire country and the city of Arnhem is buzzing with excitement for COLLISION 2. We worked very closely with our friends at the GelreDome to ensure we could accommodate as many fans as possible and we’re now delighted to say we are completely sold out."

Zelaznik added the rematch between Rico and Badr has captured the imagination of fight fans everywhere.

“Rico and Badr are the two biggest names and two of the greatest talents in Heavyweight history. Rico has reigned for over five years and he’s getting better and better - if you’re in his weight class, it’s scary to think that he’s only just turned 30 and is still yet to hit his peak as an athlete.

“And Badr needs little introduction. The hardest punching, most attack-minded fighter in the world, he holds the record for knockout wins by any professional kickboxer and he’s a huge name worldwide. He’s a fighter that other fighters make sure to tune in for.

“Both men were unsatisfied with how their first fight ended two years ago, when Badr pulled out in the second round with a shoulder injury, and there’s no love lost between them.

“World title, legacy, rivalry - the stakes are as high as it gets for both of them. Getting the win means everything and suffering a loss is unthinkable. That’s why this fight has captured the attention of every fight fan on the planet. Anticipation for tomorrow night has reached fever pitch.”

The COLLISION 2 portion of the huge event at the GelreDome tops a six-hour extravaganza of striking action that also features reigning Middleweight king Alex Pereira taking on contender Ertugrul Bayrak.