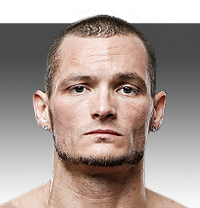 Eddie ‘Showtime’ Walker had a breakout year in 2012, scoring a stoppage win over Joe ’Stitch Em Up’ Schilling. In February 2013 he was invited to take part in the middleweight ‘Road to Glory’ tournament in Los Angeles.

The one-night, eight-man tournament was designed to unearth fighters who have the potential to fight in the GLORY World Series. Walker knocked out two opponents before losing in the final. His performance was impressive and so, along with tournament winner Mike Lemaire, he was given a contract.

Walker’s GLORY debut was made in London, England in March. He met the highly decorated multi-time world Muay Thai champion Steve Wakeling and suffered a TKO defeat after being hammered with leg kicks. Walker’s team felt he hadn’t recovered fully from his ‘Road to Glory’ tournament fights but regardless, he decided to drop from middleweight to welterweight.

A native of Georgia, Walker still maintains a full-time job alongside his fighting career. He works as a safety officer in a large manufacturing plant. He finds it ironic that he spends the day trying to stop people hurting themselves, then he spends the evenings getting himself in shape to hurt people.

During a fight camp he rises at 4:00 am every day during the week, does a 3 mile run, then goes to work a 6:00 am to 3:30 pm shift. At 4:00 pm, Eddie heads to training and many times doesn’t get home until 7 or 8 in the evening. Walker maintains his job in order to “provide maximum income” for his young family.

He is coached by Manu N’Toh, winner of several world titles in his own fighting days. N’Toh’s students include MMA fighters such as Brian Stann and Douglas Lima. He is widely regarded as one of the top trainers in the USA.