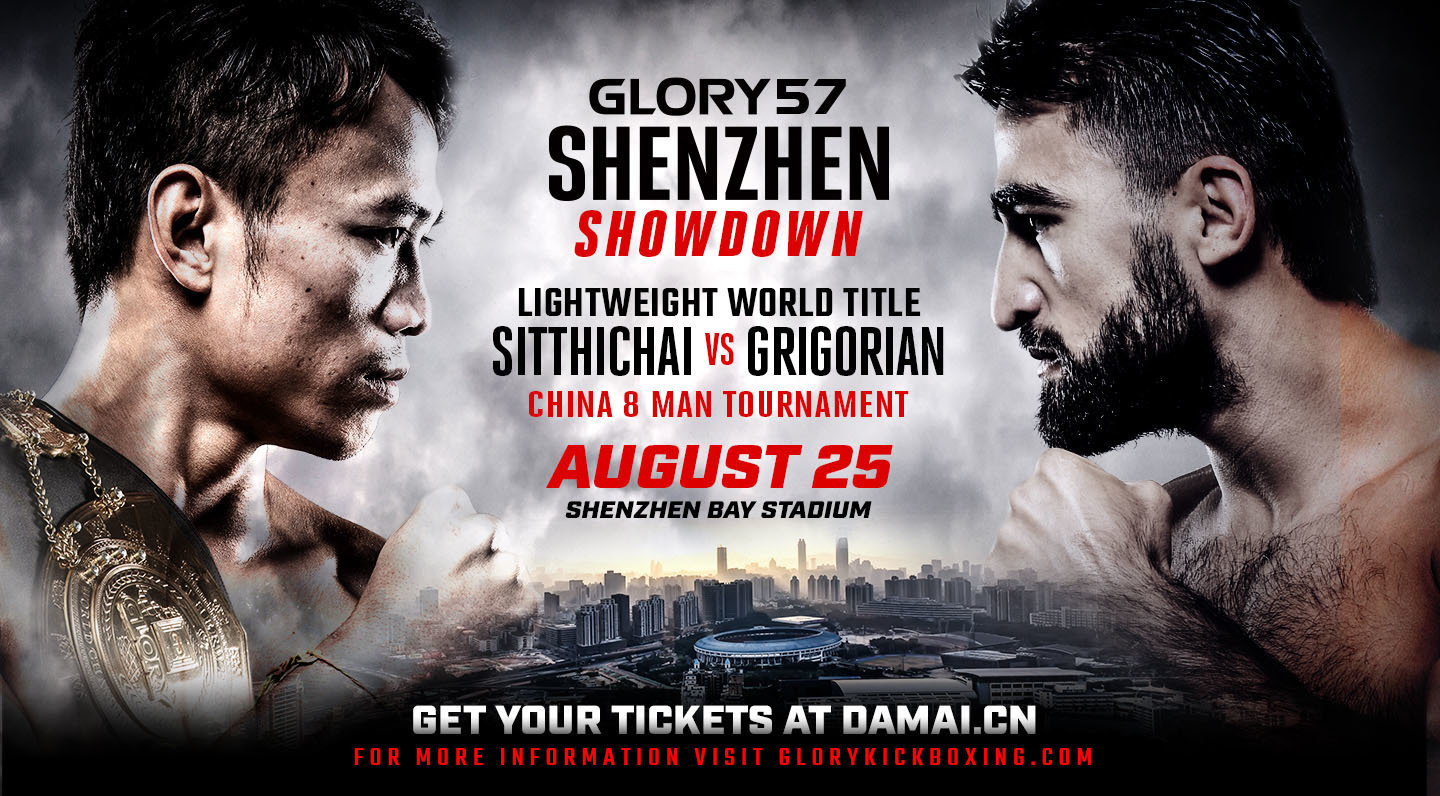 During the press conference, GLORY announced a fourth meeting between Lightweight champion "Killer Kid" Sitthichai Sitsongpeenong (120-30-5, 32 KO, fighting out of Thailand) and challenger Marat Grigorian (59-10-2, 35 KO, fighting out of the Netherlands) at GLORY 57 Shenzhen on Saturday, Aug. 25.

Sitthichai has defended the Lightweight title four times since capturing it in June of 2016, bringing his overall GLORY record to an astonishing 9-1 and cementing his place as the top Lightweight in the world.

Following three decision losses to the champion, Grigorian will look to change the momentum of this series. The Armenian-Belgian star appears to be peaking, entering the bout on a seven-fight winning streak.

The organization also announced the participants and first round match-ups for a one-night qualification tournament featuring eight of China's top Lightweights all competing for a spot in the GLORY rankings.

Opponents were drawn to face the tournament's top four seeds and the results of that drawing can be found below:

(No. 1) Liu Xu vs. Junchen Zhao
(No. 2) Tiehan Xu vs. Chao Wang
(No. 3) Li Deng vs. Alimu
(No. 4) Lei Feng vs. Wensheng Zhang
Plus, renowned Sanda fighter Zhang Kaiyin announced his participation at GLORY 57 Shenzhen, while Charlene Houghton was announced as the latest GLORY roster addition, expected to debut on an upcoming fight card.

Please find the video of the GLORY 57 Shenzhen press conference below:
YouTube Video Link: Link to view / share
Video Credit: GLORY Sports International
Tickets for GLORY 57 Shenzhen are not yet on sale, but fans that connect with GLORY on WeChat (GLORY荣耀格斗) can register right now for pre-sale access.