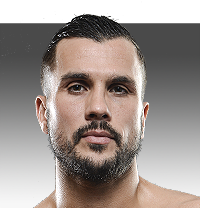 Fabio Pinca was 15 years old when he discovered Muay Thai. A friend had a video which featured European pioneers such as Ramon Dekkers and Danny Bill fighting in Thailand and Pinca found himself fascinated.
By coincidence, he happened to be living right on top of one of Europe’s premier Muay Thai coaches. Born and raised in Lyon, France, Pinca’s home city was also the home of the Nasser-K team, headed by former champion fighter Nasser Kacem.
Pinca threw himself into training and it took over his life. Soon after he started he had his very first match, a low-level amateur affair, and that was the start of a journey which eventually would see him himself declared one of the best Europeans ever to fight under Muay Thai rules.
His record in Muay Thai includes wins over all-time greats such as Bovy and Sudsakorn. He is also 1-1 with Saenchai, a living legend who is widely considered to be perhaps the greatest Muay Thai fighter of all time.
Among his numerous titles and honors, he has held the WBC world title (2012) and ISKA world championship (2016) and in 2017 he became the 67kg (150lbs) champion of Rajadamnern Stadium which, along with Lumpini Stadium, is Thailand’s top stable.